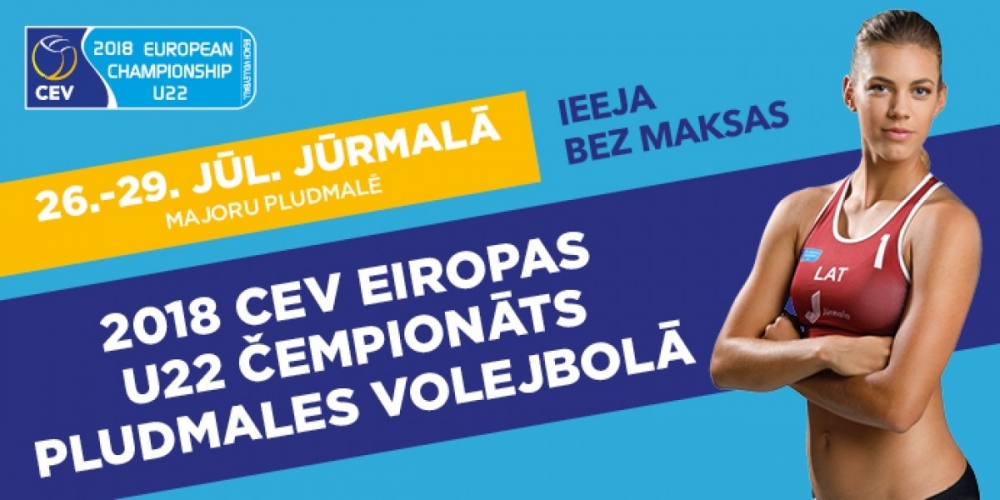 For the fifth time in a row, from July 26 to 29, Jūrmala City will become a home for a grand international tournament - European Beach Volleyball Championship. For medals win compete most talented beach volleyball players who are up to age 22

Six duets, 3 men and 3 women pairs will represent Latvia. In women’s group favorites are Anastasija Kravčenoka and Tīna Laura Graudiņa, who earned U-22 gold medal in 2016. But in men’s - Mihails Samoilovs and Kristps Šmits, who gained a bronze medal in U-21 championship.

In Majori has been built a special stadium for the U22 Championship needs and it’s made for up to 1600 viewers.  Entrance is for free for everyone. High-level tournaments in Jūrmala are being held every year. Last year everyone could enjoy European championship final tournament. 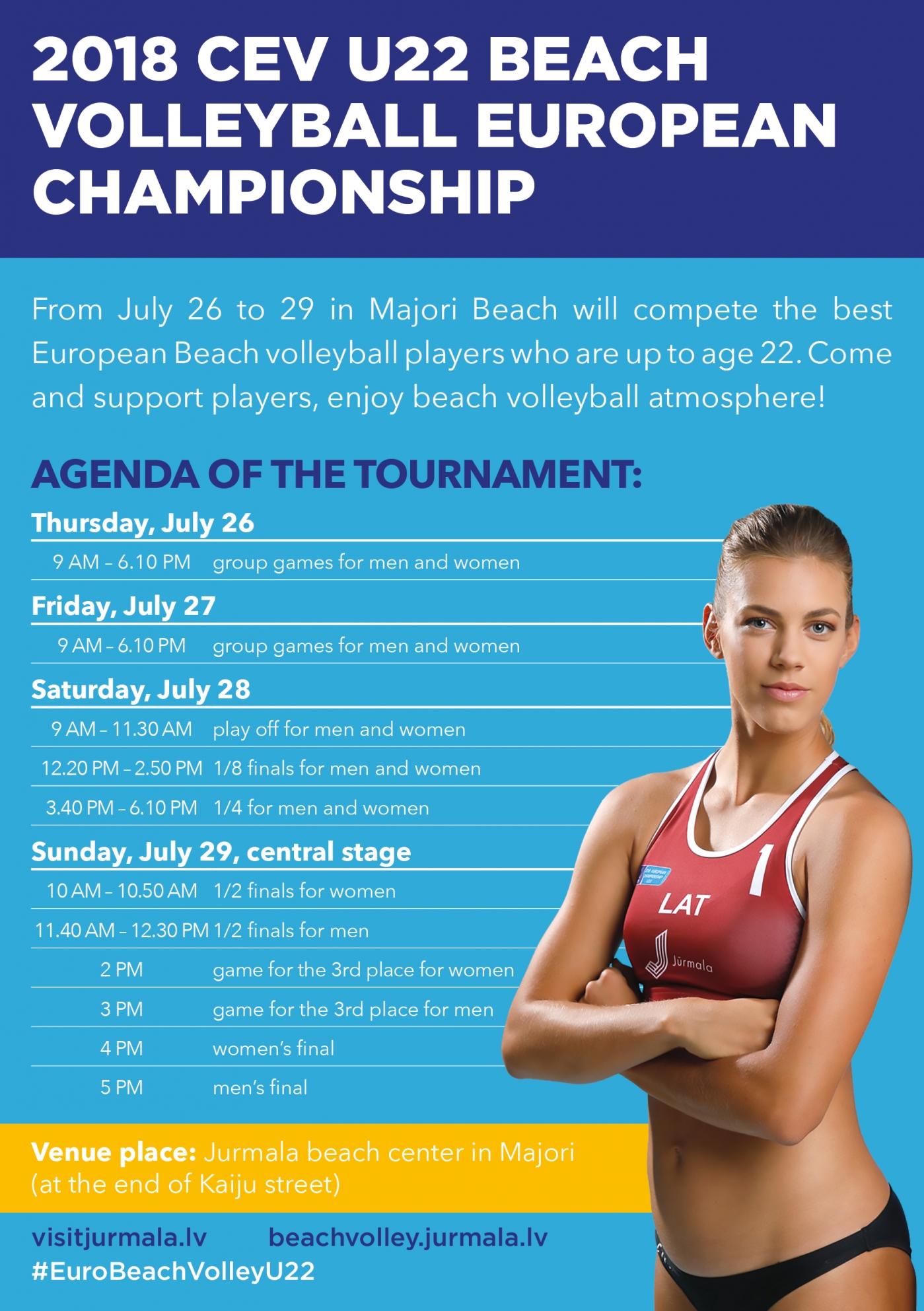