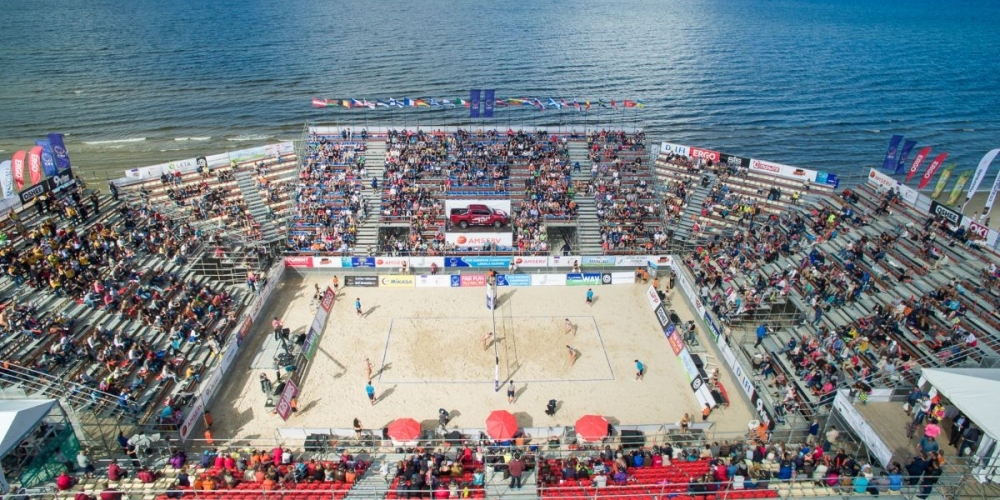 This year the European Volleyball Confederation (CEV) Beach Volleyball European Championship Final will be held from August 16th to 20th in the largest resort city on the Baltic sea coast – Jurmala, Latvia, where not only will the new European Champions be determined, but also the 200 000 EUR prize will be distributed.

This summer at Majori beach, Jurmala, a beach volleyball stadium has been constructed specially for the tournament. The stands will hold close to 3000 spectators, where over five days a total of 144 matches will be played. During this time 32 top ranking men’s and women’s pairs will compete among themselves to determine this year’s best European beach volleyball players.

Tickets are possible to purchase them at www.bezrindas.lv. There is a special deal for the biggest fans, who can purchase a two day ticket for the matches on Friday, August 18th and Saturday, August 19th for only 15 EUR. To receive this special discount you must enter the code: JurmalaBeachVolley when purchasing your tickets. As only 300 of these fan ticket packages will be available, we suggest you hurry and do not leave purchasing them to the last minute. On Friday, when the elimination matches will begin, entrance fee to the central stadium will be 10 EUR. On Saturday the entrance fee will be 15 EUR, but for the finals on Sunday it will be 20 EUR. 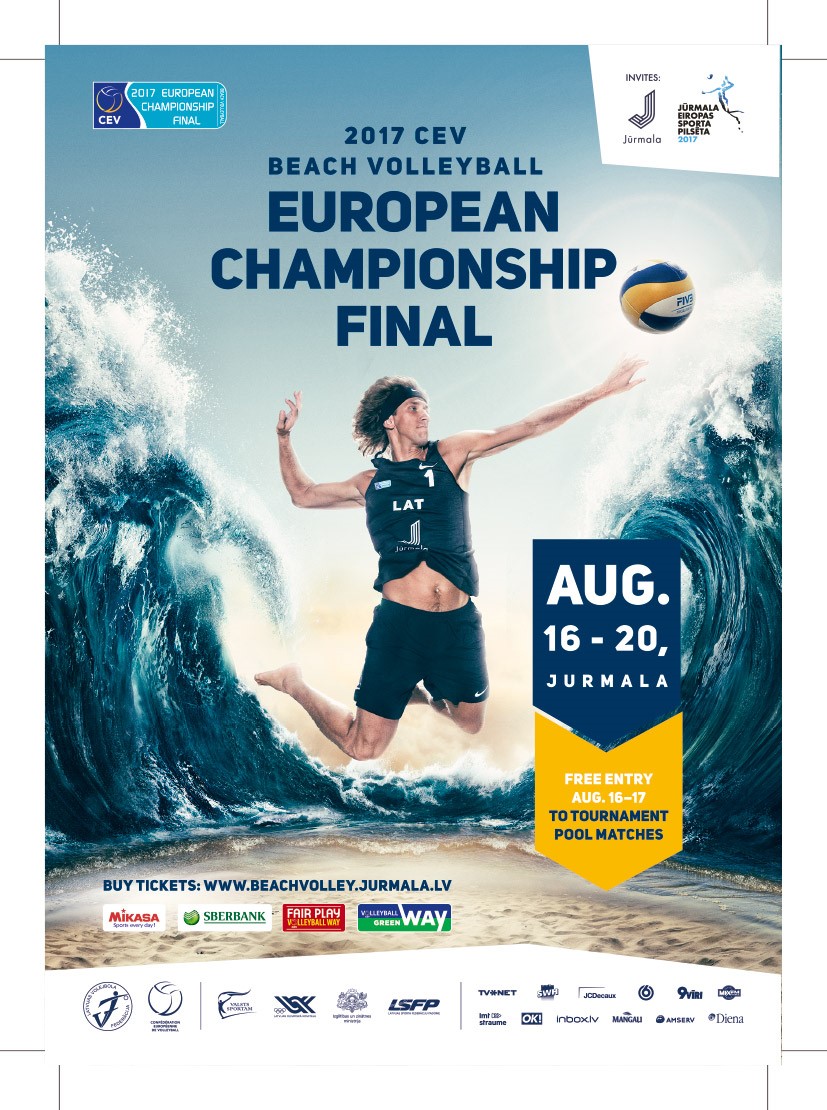 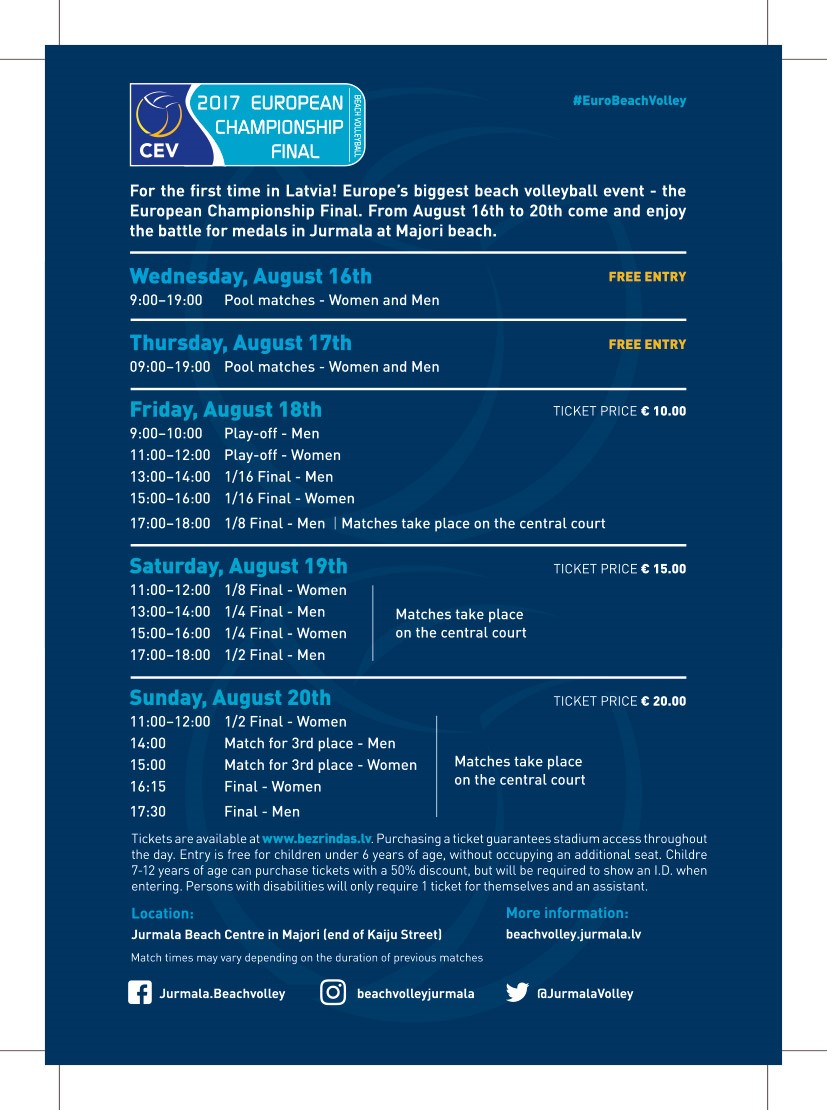