A A
75%
100%
125%
Kontrasts
Entrance fee for vehicles! Remember to by Jūrmala entry pass.
Entry pass
#JŪRMALA2027Jūrmala will apply for the title of the European Capital of Culture 2027

The city of Jūrmala has become a candidate for the title of the European Capital of Culture 2027. The application for the competition, the artistic concept and the programme have been developed with the involvement of inhabitants, cultural experts, and cooperation partners of Jūrmala. 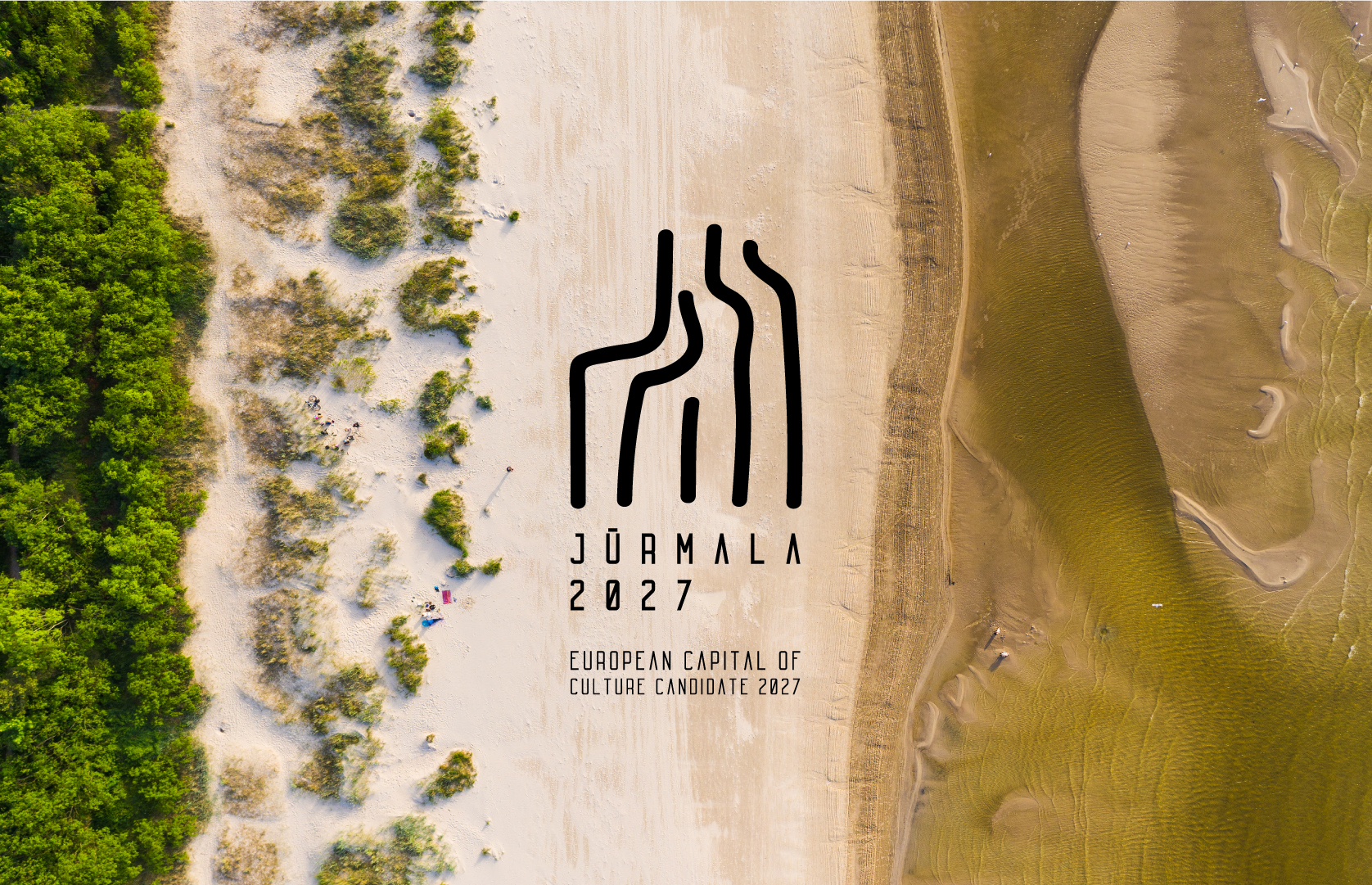 The abundance of unspoiled natural resources that can be found in Jūrmala can be used to revive and reinvigorate both mind and body. Culture may be less tangible but is an equally powerful tool to revive and reinvigorate our spirits.  By becoming the European Capital of Culture (ECoC), we want to release the power that culture holds and demonstrate that culture is an artery of health and of life and keeps the natural circulation between society and nature flowing.

ECoC programme was created by the people for the people in Jūrmala and partnercounties – structured discussions, a population survey, an online bank of ideas, countless Zoom meetings. All that has enabled us to develop a cultural programme that includes something interesting and useful for everyone. From neighbourhood projects to international masterpieces of professional art, from events enjoyed on one's own to a dance with several tens of thousands of participants on the coast of the sea from Jūrmala to Cape Kolka, from knitting mittens to art created by artificial intelligence.

It is still not too late – the online bank of ideas is still open for ideas. It could be your idea that will be added to the ECOC competition programme in the second stage:
Participate: Google.docs

We understand the role of cooperation in cultural development, therefore Jūrmala has secured seven municipalities in Kurzeme – Tukums, Engure, Jaunpils, Kandava, Talsi, Roja and Dundaga – as its partners on the way to the European Capital of Culture title. We have common historical roots – fishermen's villages and one of the oldest railway lines in Latvia –, nature tourism – Jūrtaka, EuroVelo and the beach. Our municipalities have two special minorities – Livs and Roma people. We all share love for our folk culture treasured by 337 amateur collectives and 14 music and art schools. We are united by the experience of cooperation, fight against climate change and the wish to live in a clean, healthy environment and keep it such as a legacy to future generations.

The  programme of our application for the European Capital of Culture competition would not be as diverse, rich and spectacular, if not for people, who came up with ideas, shared their thoughts and allowed themselves to dream. We would like to thank every resident of Jūrmala, its partner municipalities and Latvia, councillors and employees of Jūrmala City Council and its partner municipalities involved in the preparation of Jūrmala 2027 project! Thank you for the time devoted to focus group meetings, submitting ideas, working on contents of the application and consulting the project team!
Thank you!

If you wish to become a part of Jūrmala 2027 – wish to become our partner or have an idea you would like to implement –, contact us!
Head of the Working Group: Agnese Miltina (Agnese Miltiņa) agnese.miltina@jurmala.lv
International cooperation: Iveta Kelpe (Iveta Ķelpe) iveta.kelpe@jurmala.lv
Media contacts: prese@jurmala.lv