The Gulf of Riga borders the city to the north, while Latvia’s second-largest waterway – the Lielupe River – flows along its southern border. Thus, water-formed features define the city, from open beaches and grassy flood plains to steep sand dunes.

Latvia is among the greenest nations on Earth, and nowhere in this country is the symbiosis between nature and the urban environment as powerful as it is in Jūrmala. Jūrmala has Latvia’s greatest concentration of specially protected areas of European importance. The western edge of Jūrmala, between Sloka and Ķemeri features many lakes, marshes and wetland forests. 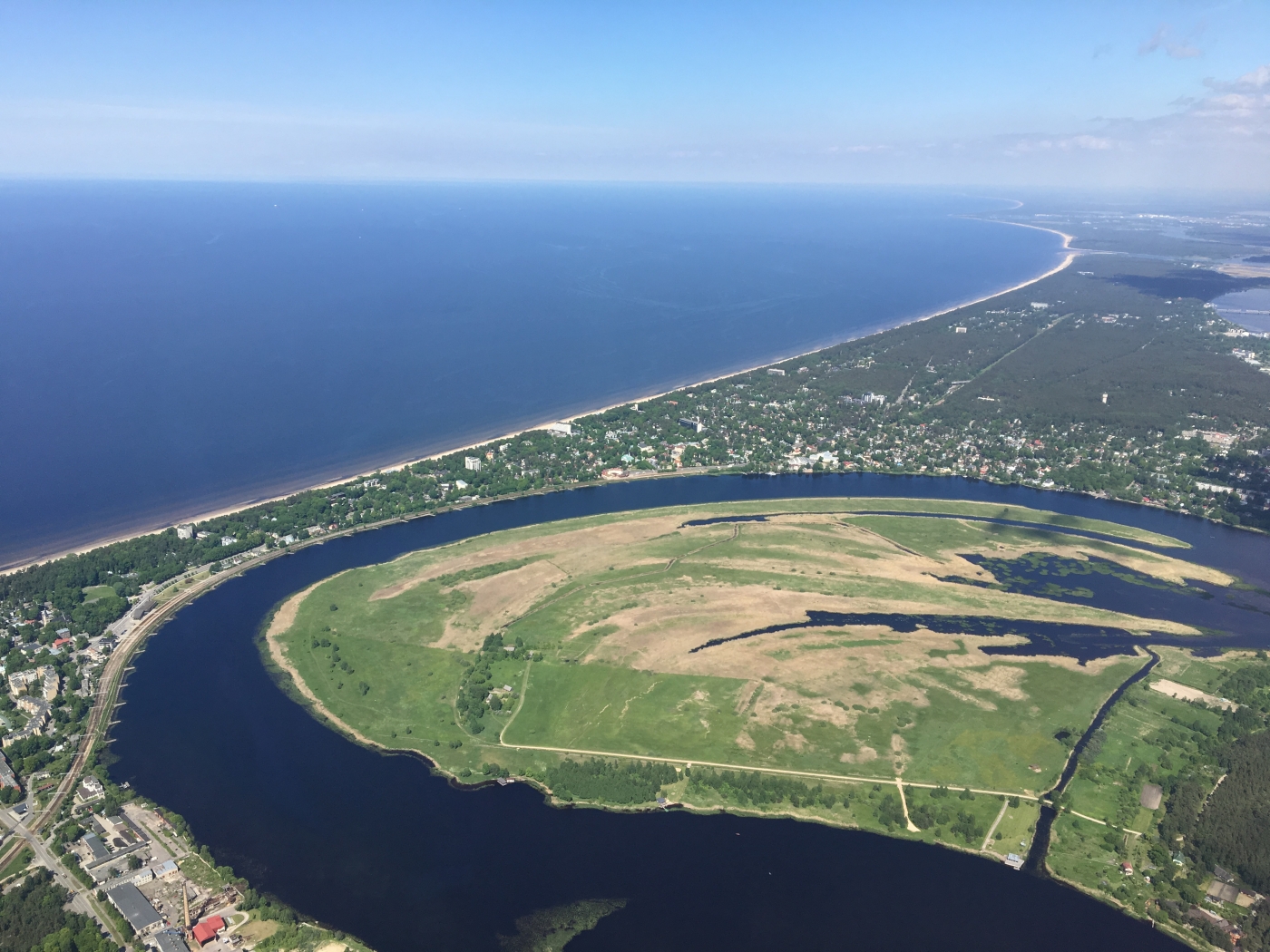 Natural forests also grow in Dzintari, Vaivari and Valteri. Two hundred years ago, a new mouth of the Lielupe River was formed when the river broke through the strip of land now known as Jūrmala to the sea. Right next to the new mouth of the river stands the dazzling, almost 20-metre-high White Dune (Baltā kāpa). Climb the loose sand to the top to get a better view of the river’s marvellous loops and branches. For a walk through a fairy-tale-like forest of 340-year-old pines, head to the western side of the river mouth and Ragakāpa Nature Park, located on one of the highest dunes in Latvia. 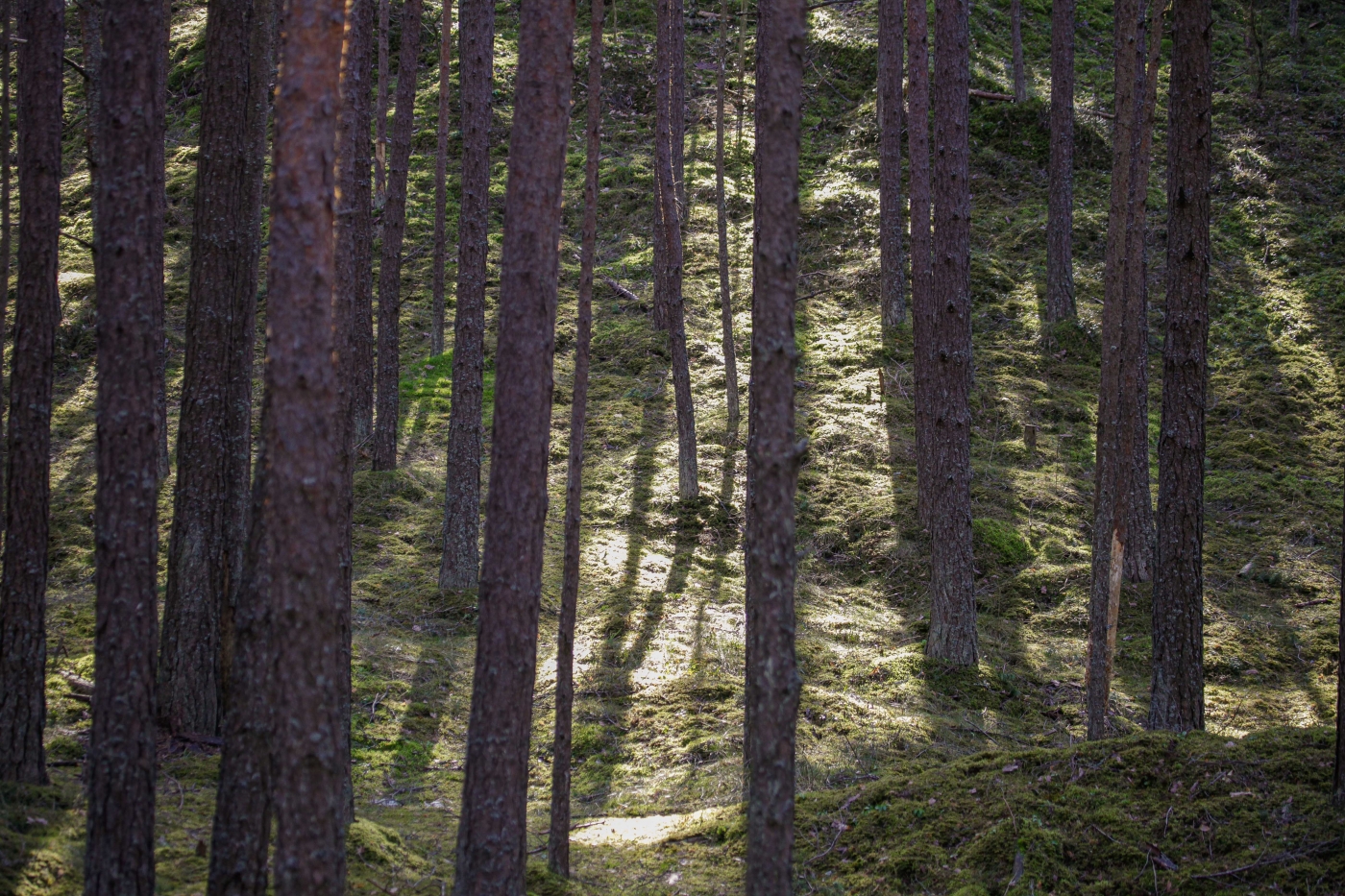 Experience the mystery of nature at Ķemeri National Park. Marshes representing all three marsh types – low, transitional and high – cover a fourth of the park’s area. The biggest treasure hidden here is the sulphurrich mineral water, which flows to the surface around Ķemeri from more than 30 springs.

Another place to experience the wilderness of the 8000-year-old marsh is the 3.4-kilometre-long boardwalk trail through the Ķemeri Marsh.
The path leads past small marsh lakes and pools and a kingdom of mosses, small pines and northern Labrador tea. The silence of the marsh is punctuated only by natural melodies, including the songs and calls of various bird species. Almost 260 of the 342 bird species found in Latvia, 67 of which are protected, can be encountered at Ķemeri National Park. 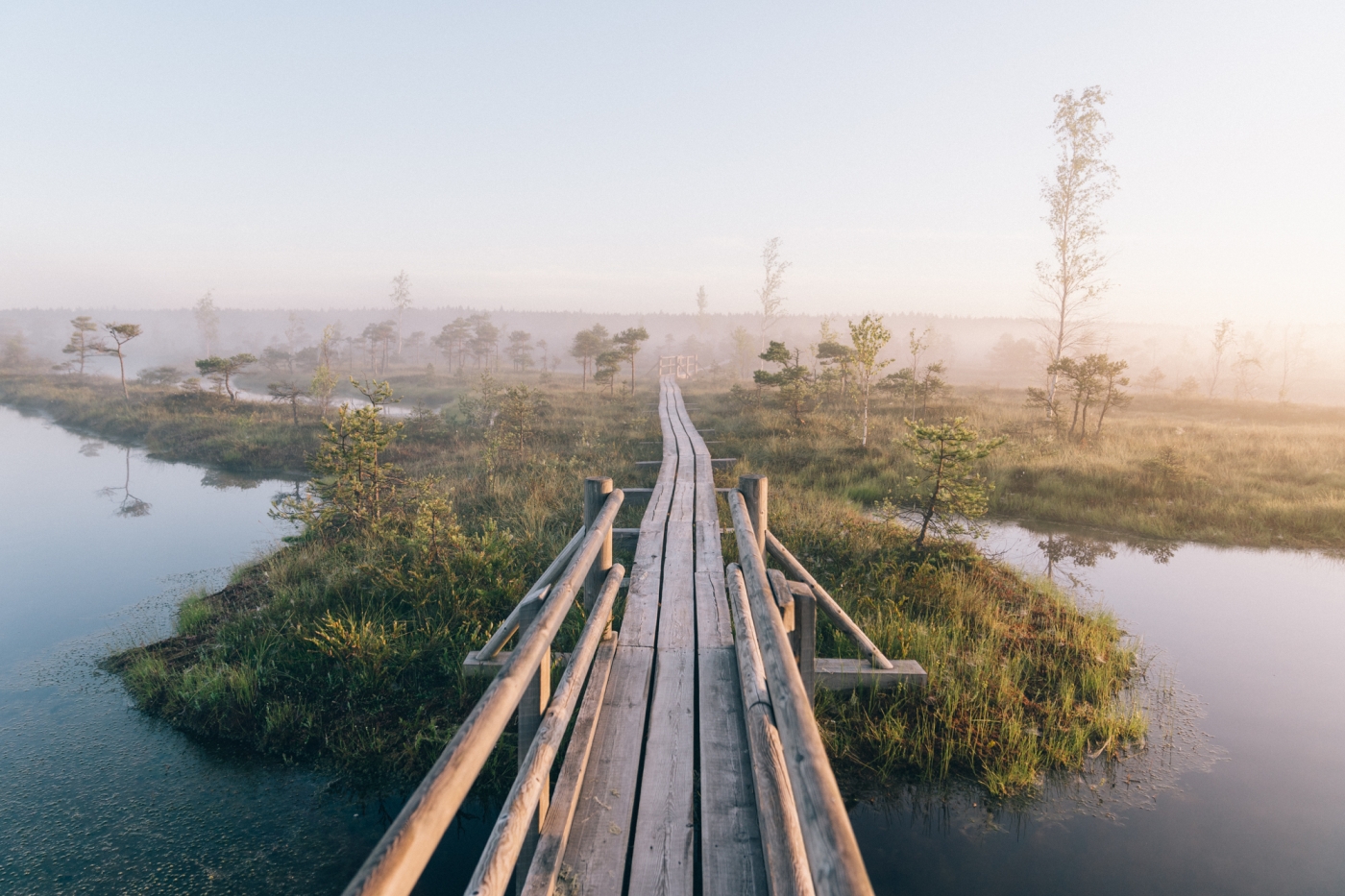 What makes Jūrmala’s 24 kilometre -long beach unique is not only its fine, sugar-like white quartz sand, but also its spaciousness. In the city centre, the sandy area measures from 25 to 50 metres wide from the water to the first line of dunes. This means plenty of sun and sea, and plenty of room for everyone.
The water in the sea becomes deeper very gradually and evenly, almost meditatively, allowing one to wade towards the horizon for almost a hundred metres in some places...to the accompaniment of splashing footsteps and the mild breeze. 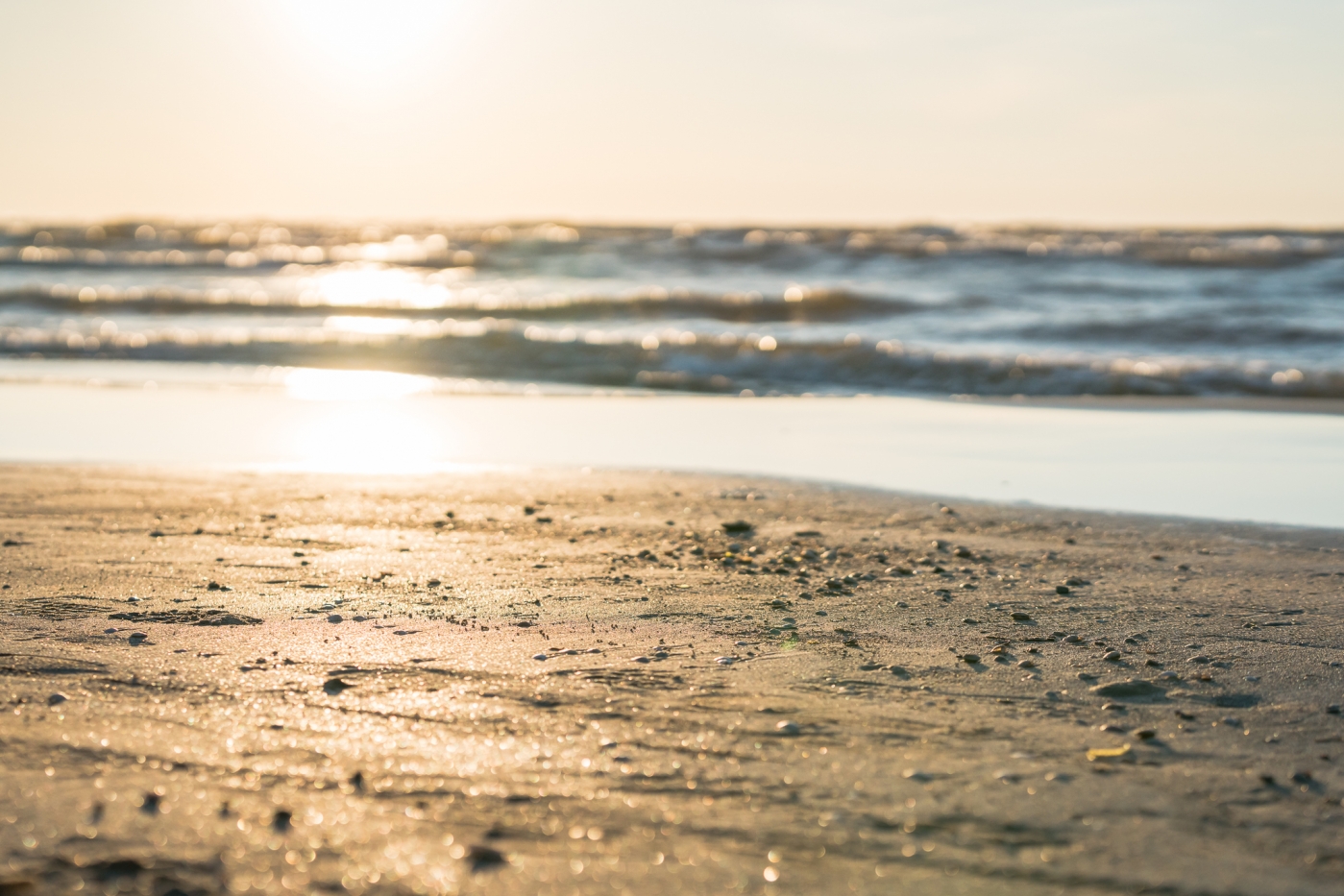 A sunset is a show with no tickets, and the white sand beach, where you can collect seashells as souvenirs, is the best stage to watch it from. Even though the spring sun in Jūrmala sets more to the left instead of the sea like in the summer season, the beach and the water still light up with a picturesque palette of pinks and oranges. 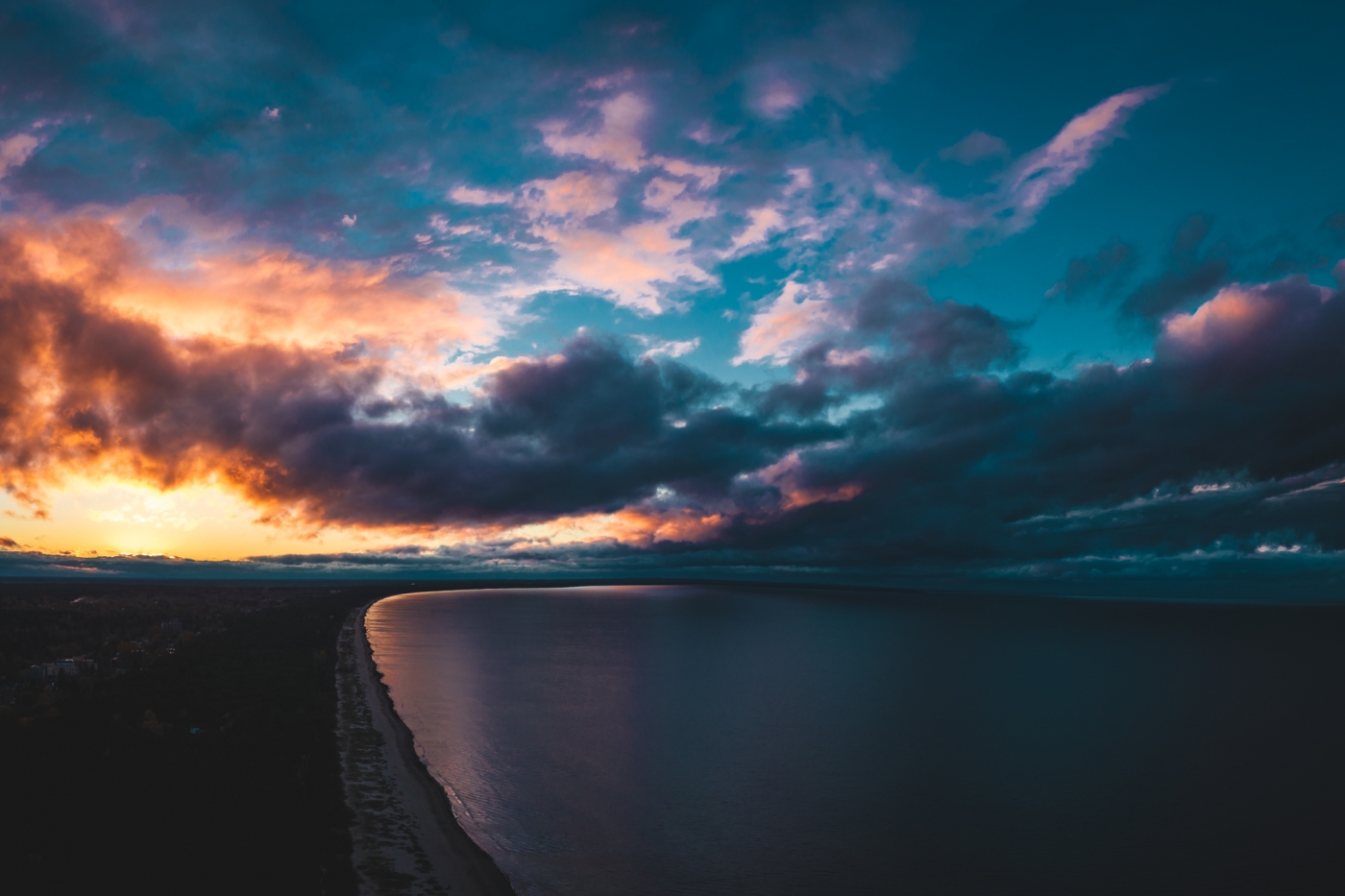